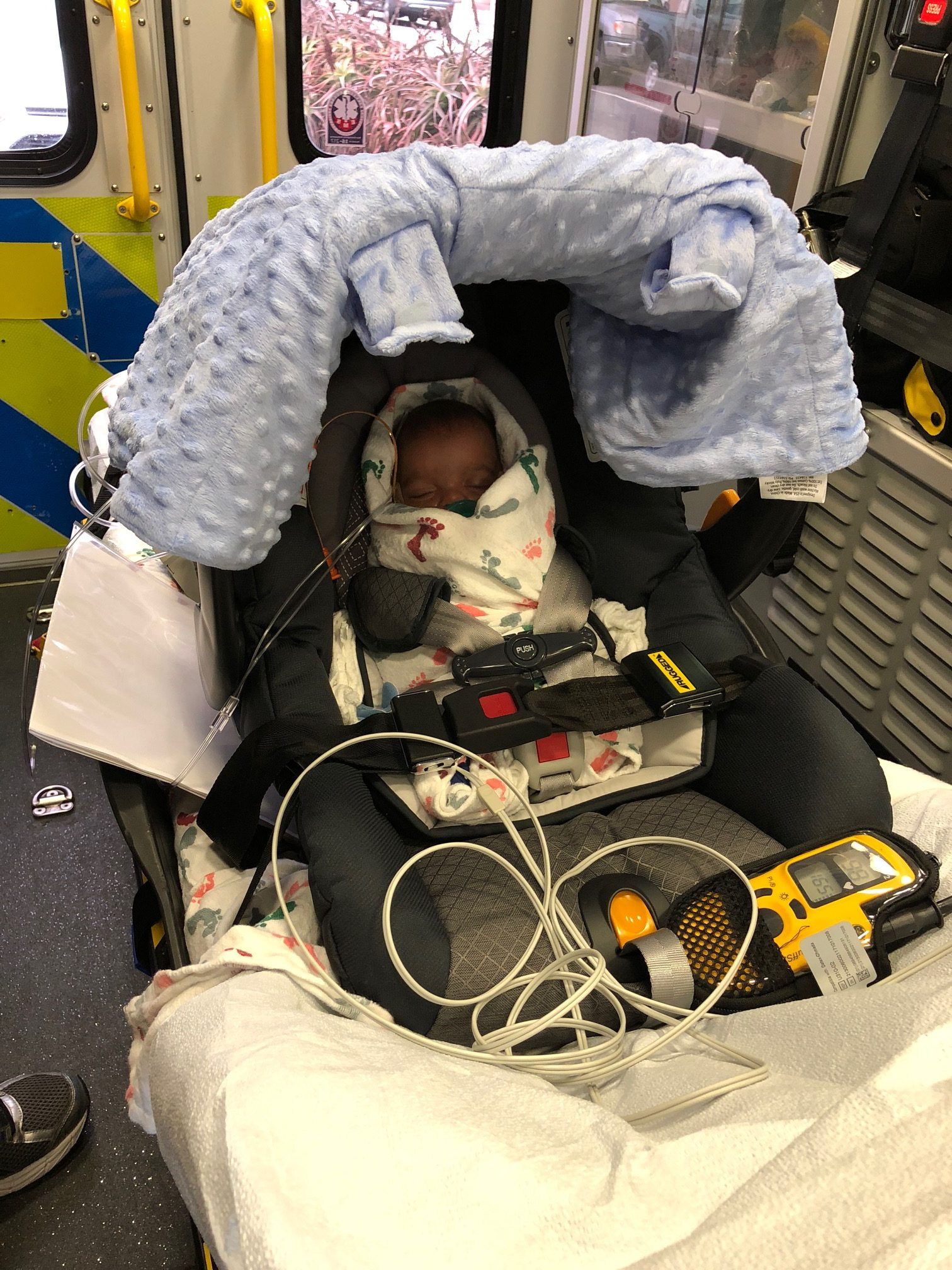 (Toronto, January 1, 2019) — Fox Flight Air Ambulance, a Toronto-based international medical repatriation company, successfully moved a very delicate patient last July when it transferred premature baby Rafael Nunes from San Francisco, where he was born weighing barely one pound, to his parents’ home in Brazil via Air Canada. And while his life may have got off to a bumpy start, little Rafael has made amazing strides since his transfer.

”We were very concerned about the procedures for the transfer; it was unknown and dangerous territory for us,” says Fabiano. “But the medical team had so much experience and expertise that they made us feel more comfortable throughout the trip.

Rafael’s medical repatriation story began last March when his parents, Fabiano and Samira, who was just 28 weeks into her pregnancy, left Brazil for a vacation in California. The couple had planned to spend four days in San Francisco then move on to Yosemite, San Diego and Los Angeles before returning home. However, the trip took an unexpected turn just a couple of days in, on March 20.

“Samira developed complications with the pregnancy, so we never left San Francisco,” recalls Fabiano. “There was danger to the baby and Samira had to have an emergency delivery. It was a surreal experience; we didn’t have time to think, just react.”

At birth Rafael weighed a mere 460 grams, and his survival was in doubt due to complications caused by his underdeveloped organs. The baby was immediately moved to the hospital’s neonatal intensive care unit where he could be ventilated in a special isolate with constant oxygen and temperature controls. While the Nuneses were relieved that their baby survived the delivery, their ordeal was only beginning. Rafael would have to remain in the NICU in San Francisco for the next 17 weeks—at a cost of about US$15,000 per day–until he was stable enough for doctors to consider a medical transfer back to Brazil. Fortunately, the cost of Rafael’s delivery and stay in the NICU in San Francisco were covered by the family’s travel insurance.

By mid-July, Rafael’s weight had increased to 2.8 kilos and his organs were functioning normally on their own. This meant that he was stable enough to move, but the doctors in San Francisco would only release him under very strict medical transfer conditions. Fox Flight was contracted to arrange the transfer and company president David Fox, a neonatal intensive care nurse, escorted the baby assisted by a physician intern from the University of Chicago, School of Medicine.

“It is relatively rare to move a baby as small as Rafael was at the time that’s not in an isolate, but he was doing really well so the doctors felt it was safe to move him,” says Fox. “But the sending physician still had strict requirements in terms of the neonatal equipment and medical team experience required, and we were able to provide that.”

The decision was made to make the transfer on July 16 on a commercial jet. But Rafael required a constant low-flow supply of 2cc/hour of oxygen during the flight, and Air Canada is the only airline flying out of San Francisco that provides continuous oxygen. For that reason, Rafael, his parents, and the Fox Flight medical team had to first make a five-hour trip to Toronto where they could connect with a second Air Canada flight for the 14-hour journey to Sao Paolo.

“We were very concerned about the procedures for the transfer; it was unknown and dangerous territory for us,” says Fabiano. “But the medical team had so much experience and expertise that they made us feel more comfortable throughout the trip.”

Once back in Brazil, Rafael was immediately taken to a local hospital where he spent a further 10 days under observation. He finally went home for good on July 28. Since then he has been gaining weight slowly but steadily.

“He’s a very healthy little man now; he weighs over five kilos and he eats like a horse,” adds Fabiano. “His pediatrician says because of his extreme premature condition it’s not good for him to gain weight too quickly because his organs are still developing. But to see him now, it’s hard to believe how his life began.”